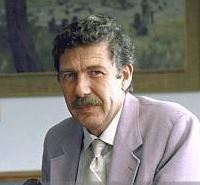 Alan Cyril Walker (born August 23, 1938) died on November 20, 2017, of pancreatic cancer. He was a world-renowned paleoanthropologist and the recipient of numerous awards for his extraordinary scientific achievements, including a “genius” award from the John D. and Catherine T. MacArthur Foundation, and lifetime awards such as the Charles R. Darwin Lifetime Achievement Award from the American Association of Physical Anthropologists and the Leighton Wilkie prize of the Center for Research into the Anthropological Foundations of Technology (CRAFT) and the Stone Age Institute, Indiana University, and the International Fondation Fyssen Prize in Paris. He was one of the only scholars in the world elected to the Royal Academy (U.K.) as well as the United States National Academy of Sciences and the American Academy of Arts and Sciences.

Dr. Walker was born in Leicester, England, the second of four sons of Cyril Walker, a carpenter, and Edith Tidd Walker, a housewife. He was preceded in death by his parents, his first wife Patricia Nicholson, and a younger brother, Gerald Walker. He is survived and mourned by his elder brother, J. Trevor Walker and his younger brother Michael D. Walker, both of whom livie in England, his loving second wife of 42 years, anthropologist and author Pat Shipman, of Moncure, N.C. , his son Simon B. Walker, and his son’s wife Shellene Wellnitz Walker, and his granddaughters Bryn and Meghan Walker of Morrisville, N. C. In addition, he is remembered fondly by many of his former students and colleagues in several countries.

Alan Walker earned an undergraduate degree with honors in the Natural Sciences (Geology, Zoology, Mineralogy, Petrology, and Palaeontology). Following his childhood fascination with animals and fossils, Walker obtained a grant to attend the University of London, earning a Ph.D. in Anatomy and Palaeontology under the mentorship of John Napier. His thesis topic was a study of the functional anatomy and behavior of living and fossil lemurs of Madagascar. His work had a major influence on the field, emphasizing deducing the behaviors of extinct species from living ones to paleontology. He later received an honorary D.Sc. from the University of Chicago.

For much of his career, Dr. Walker was a brilliant teacher of human gross anatomy, training thousands of future physicians. Institutions where he worked included the Royal Free Hospital, School of Medicine, London (19165), Makerere University College, Kampala, Uganda (1965-1969), the University of Nairobi Medical School, Kenya (1969-1974), Harvard Medical School (1973-1978), and The Johns Hopkins University School of Medicine (1978-1995). In 1995 he moved to The Pennsylvania State University to teach anatomy and biology to undergraduate and graduate students, retiring in 2010 as an Evan Pugh Professor of Anthropology & Biology.
Throughout his academic career, Alan Walker was known for his kindness and generosity to students, for the tremendous breadth of his interests and knowledge, and for pioneering new approaches to evolutionary problems. He was instrumental in developing the field of dental microwear to deduce diets of extinct species and was among the first to the study of the structure of the inner ear of fossils to understand their patterns of locomotion and movement of extinct animals.
He was also known for his collaborations in finding fossils with Richard and Meave Leakey in Kenya. One of their most important discoveries was the finding, excavation, and analysis of the most complete ever skeleton of Homo erectus from Nariokotome, Kenya. This skeleton revealed the startlingly tall and lanky stature of a youngster of the species that first migrated out of the African continent. His research also had a major impact on the study of fossil apes, following his discovery of thousands of bones of several extinct apelike creatures on Rusinga and Mfwangano Islands in Lake Victoria, Kenya.

In accordance with his wishes, there will be no funeral or memorial services. Condolences may be sent to his wife, Dr. Pat Shipman, at 3140 Chatham Church Road., Moncure NC 27559 or (pat.shipman9@gmail.com). In lieu of flowers, friends and family in the U.S. may send donations to St John’s College, Cambridge, at www.cantab.org/giveonline or, in the U.K., to https://johnian.joh.cam.ac.uk/giving/donate.